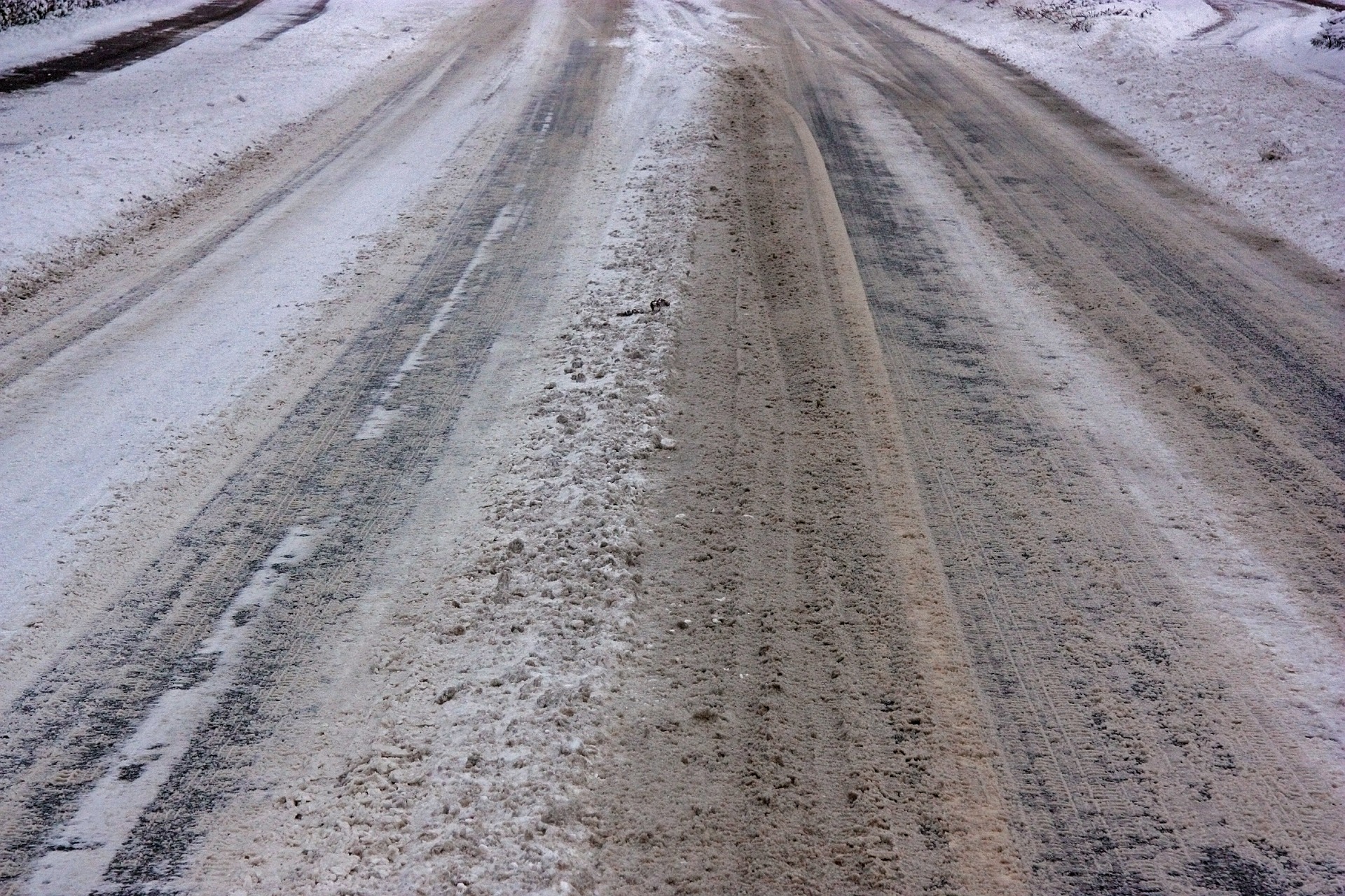 As you battle the elements on the driveway, walkway, and steps, you’ll inevitably be using de-icing products to help you defeat the ice. You’ll have a few options, including rock salt and ice melt. You may be wondering: What’s the difference? We’ve written this short guide to explain the differences and let you know which of these products is the right one for your needs.

Old reliable—Rock salt is one of the de-icing products that can be found almost anywhere. Not only that, you can get it for an affordable price (there’s little difference between brands). The mineral form of sodium chloride (table salt), rock salt is dependable for melting ice during your typical winter conditions.

How Does it Work?

The salt partially melts existing ice to form a brine (a solution of salt and water). This brine slips under the ice and breaks the bond between it and the pavement.

Rock salt also contains gravel and other grit (hence the word “rock” in its name) that help you gain traction on sidewalks, steps, and roadways.

When Do I Use It?

You’re going to want to use rock salt during your typical winter conditions. It works well in temperatures as low as 5°F, so most of the winter you should be okay using it. Because of the grit that helps traction, you can use it as a preventative measure, too. It naturally lowers the freezing point of water so less ice buildup will occur. Just apply it in a thin, even coating.

Why Wouldn’t I Use It?

If the temperature is lower than 5°F, then rock salt is not going to be effective. It’s also a natural corrosive, so it’s not good for roadways over time, and it can cause corrosion damage to your car.

It’s also harmful to plant life, so if you have sensitive vegetation next to the walkway that needs to be de-iced, it’s better to think twice about using rock salt.

Rock salt can get stuck between the padding of dog or cat paws, causing irritation and a burning sensation. It can also cause gastrointestinal issues when ingested.

Ice Melt is usually a blend of sodium chloride, magnesium chloride pellets, and calcium chloride pellets. It’s typically fast-melting and long-lasting. This is because some ice melts not only form a brine but also generate heat due to the chemicals. They work in temperatures as low as -15°F, giving them a broader range of temperature than rock salt.

When Do I Use It?

Generally, you’re going to want to use your discretion for this. You’ll probably want to use it if you’re in a time crunch. So, for example, if you’re a small business owner who is opening up for the day, and the walkway to your business is icy. You need that ice gone quickly, so you may turn to ice melt. It will also keep the walkway ice-free for longer.

Another scenario would be on an unusually frigid day where the temperature is as low as 0°F or lower, as rock salt isn’t effective at these temperatures.

Why Wouldn’t I Use It?

It’s generally more expensive than rock salt, and it can sometimes be harder to find (in times of shortage). Also, there are times when either rock salt or Ice Melt will do, such as during a typical winter day around 25°F. In this case, you’ll probably want to use rock salt, as they’ll both serve the same purpose (with rock salt being cheaper), unless you need it to be fast-acting, or if you have concerns about nearby plant and pet life.

Whichever of the De-Icing products that you choose to use, make sure that you first use a shovel or snow blower to move the accumulated snow that sits on top of the ice. Apply the De-Icing Product in a thin, even manner using a spreader, a cup, or your gloved hand.

Need to Clear the Way for Your Customers this Holiday Season?